About Through the Ages

The Through the Ages digital app is an implementation of the legendary civilization building board game of the same name, by Vlaada Chvátil.

The digital game for mobile devices was released in September 2017, after having been highly anticipated and polished to perfection. It was received very well and still has high ratings by players, reviewers and mobile gaming media and has already been receiving awards. The Steam platform release is planned for March 26th 2018.

Through the Ages gained popularity with players thanks to a closely aligned micromanagement mechanism with a theme. Each of up to four players attempts to build the best civilization through careful resource management while discovering new technologies, electing the right leaders, building wonders and maintaining a strong military. Weakness in any area can be a strength to your opponents. The game takes place throughout the ages beginning in the age of antiquity and ending in the modern age.

This is your chance to make history:
You begin with a small tribe and the will to build a great civilization. Expand your farms and mines to gain the resources to build your cities. This lays the groundwork for technological advancements, better governments, and great wonders. Choose wise leaders whose legacy will lead your people to greatness. Strengthen your army to protect your borders and to expand your territory. And shape history with your political skill.

A strong economy, advanced technology, happy citizens, enlightened government, a strong military - your civilization needs to do well in many areas. You may excel in some, but you should not fall behind in others. Adjust your strategy to the opportunities the game offers. Your rivals will seek advantages through wars and politics, so keep your defenses up. But don’t neglect the finer things in life, because the civilization with the most influential culture wins.
Through the Ages: What story will you tell? 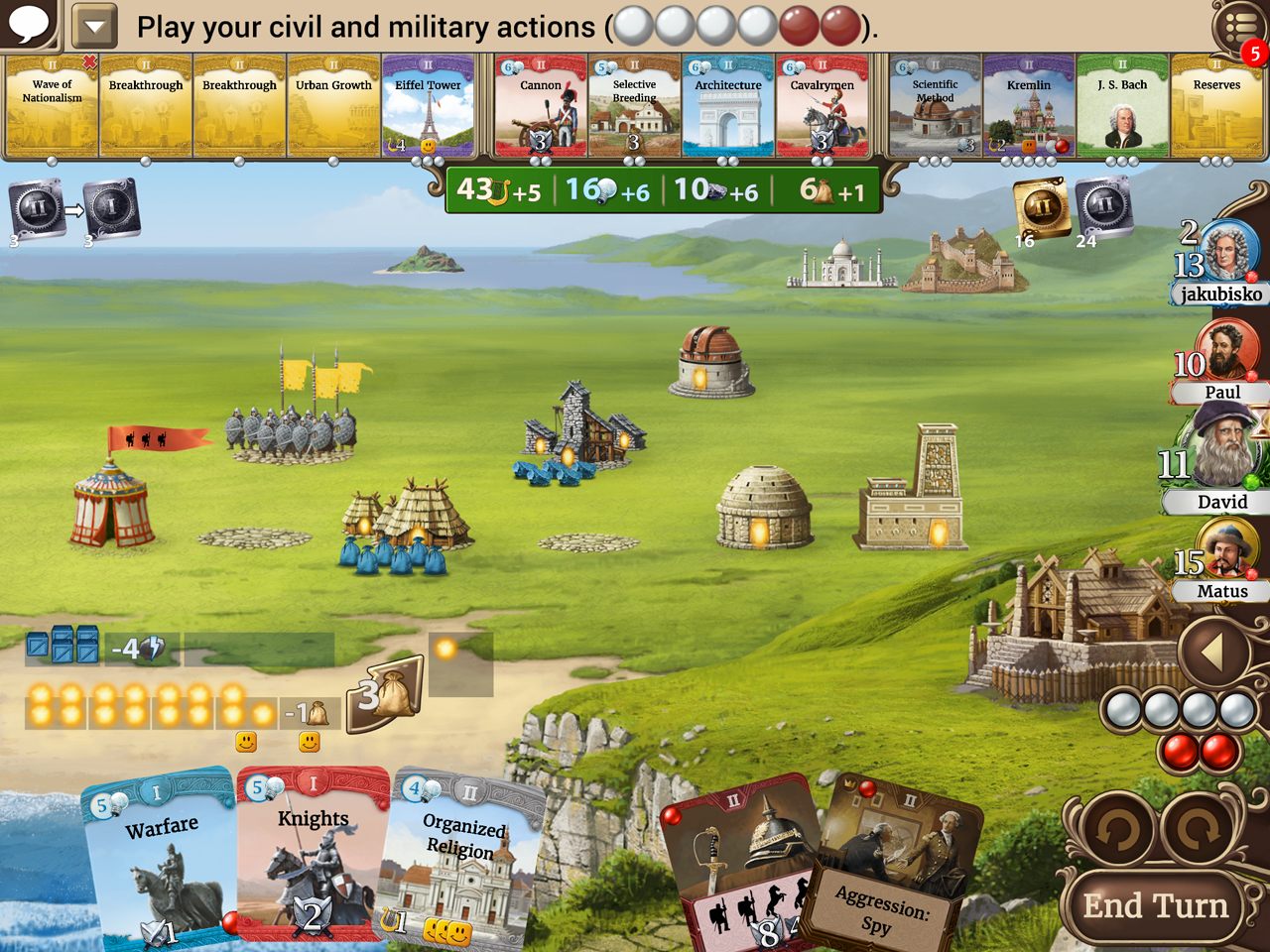 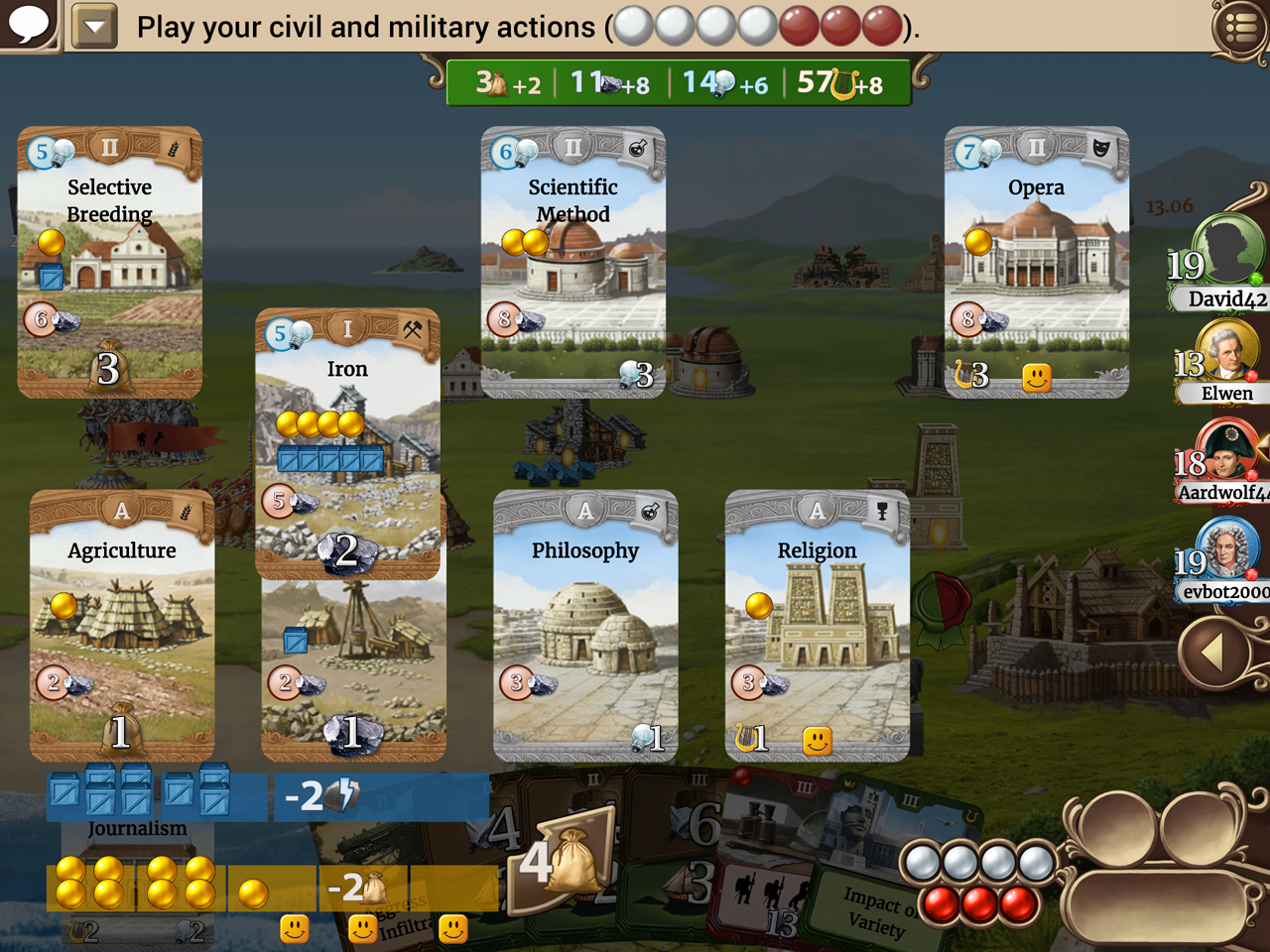 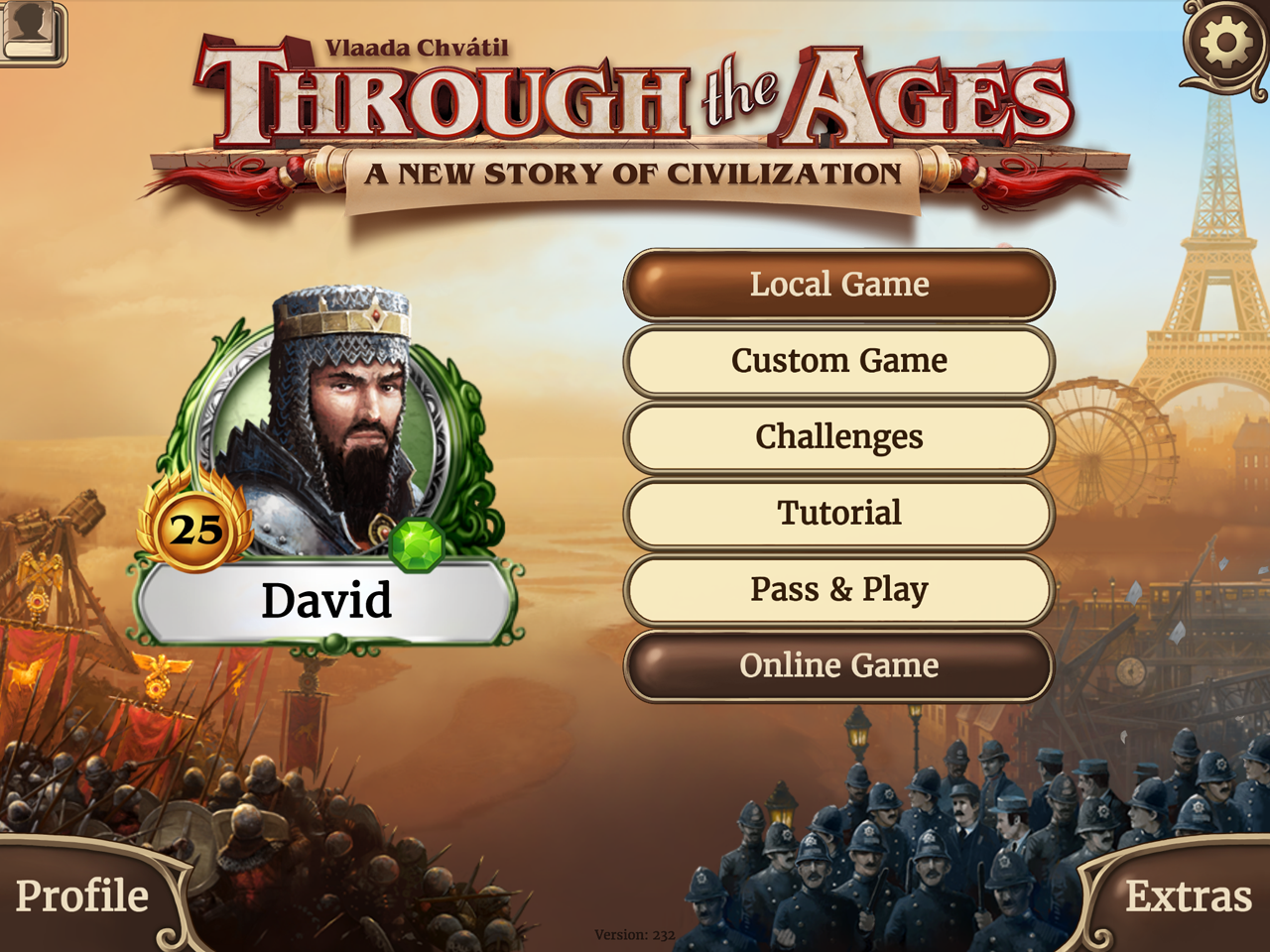 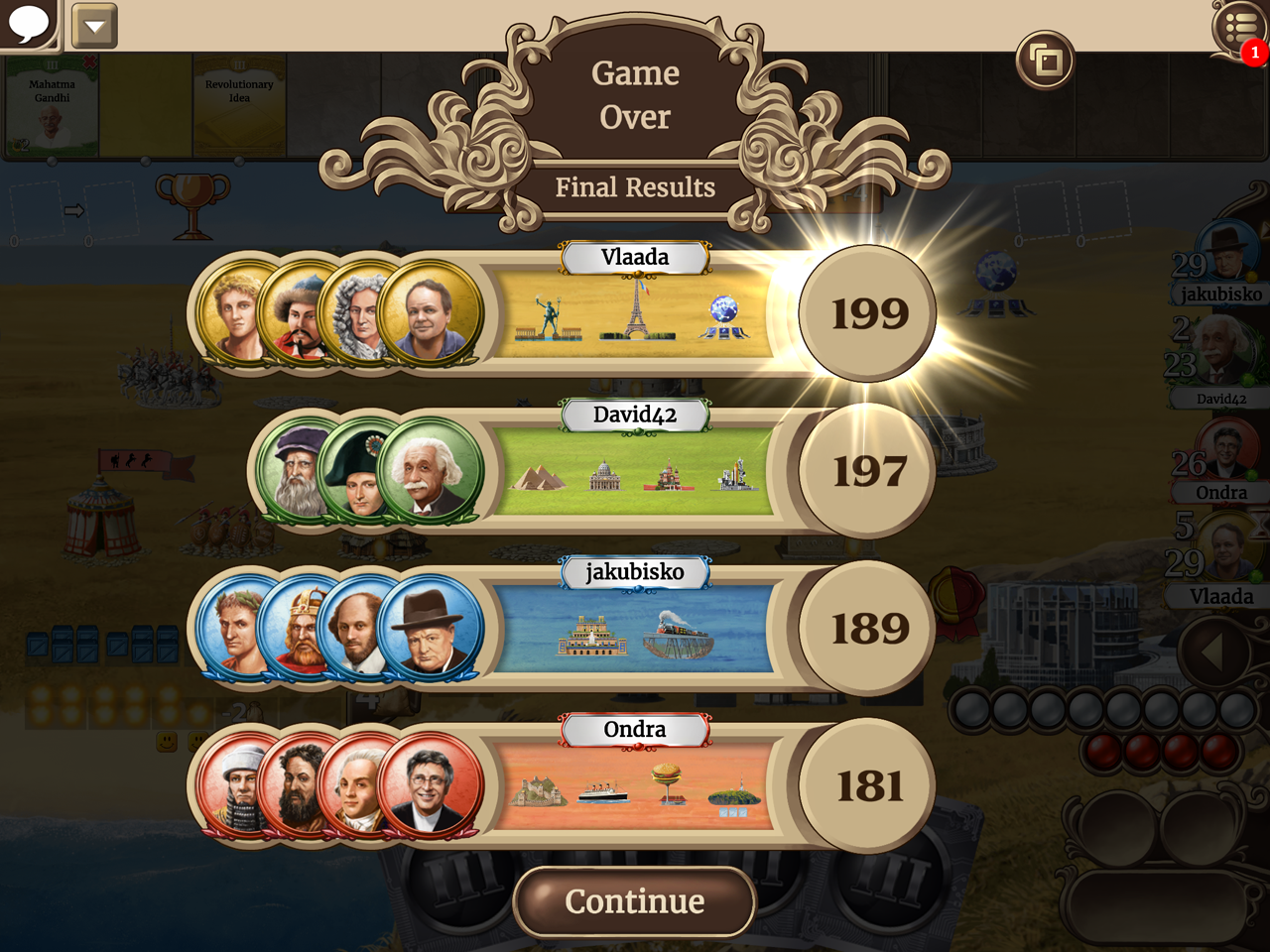 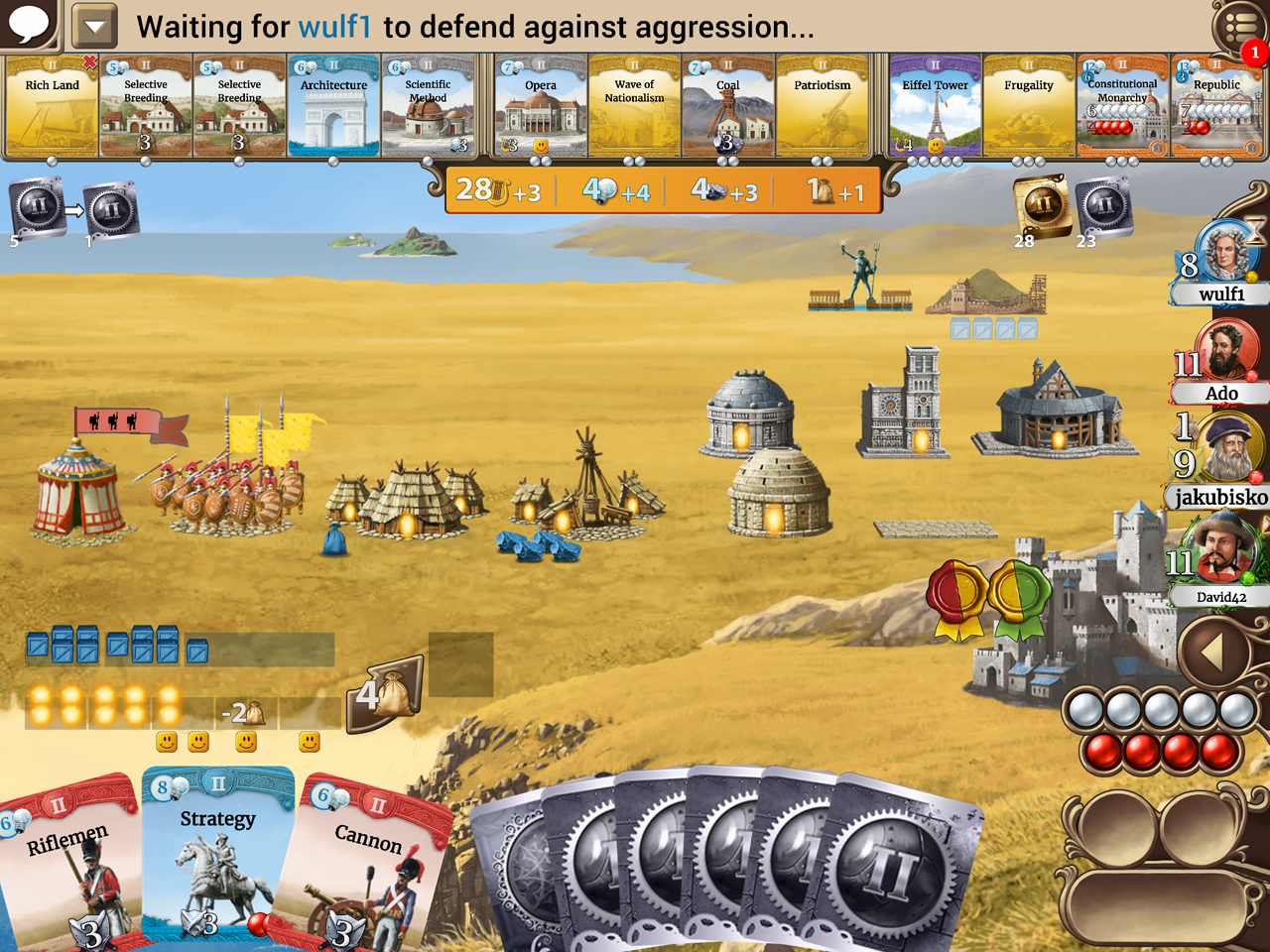 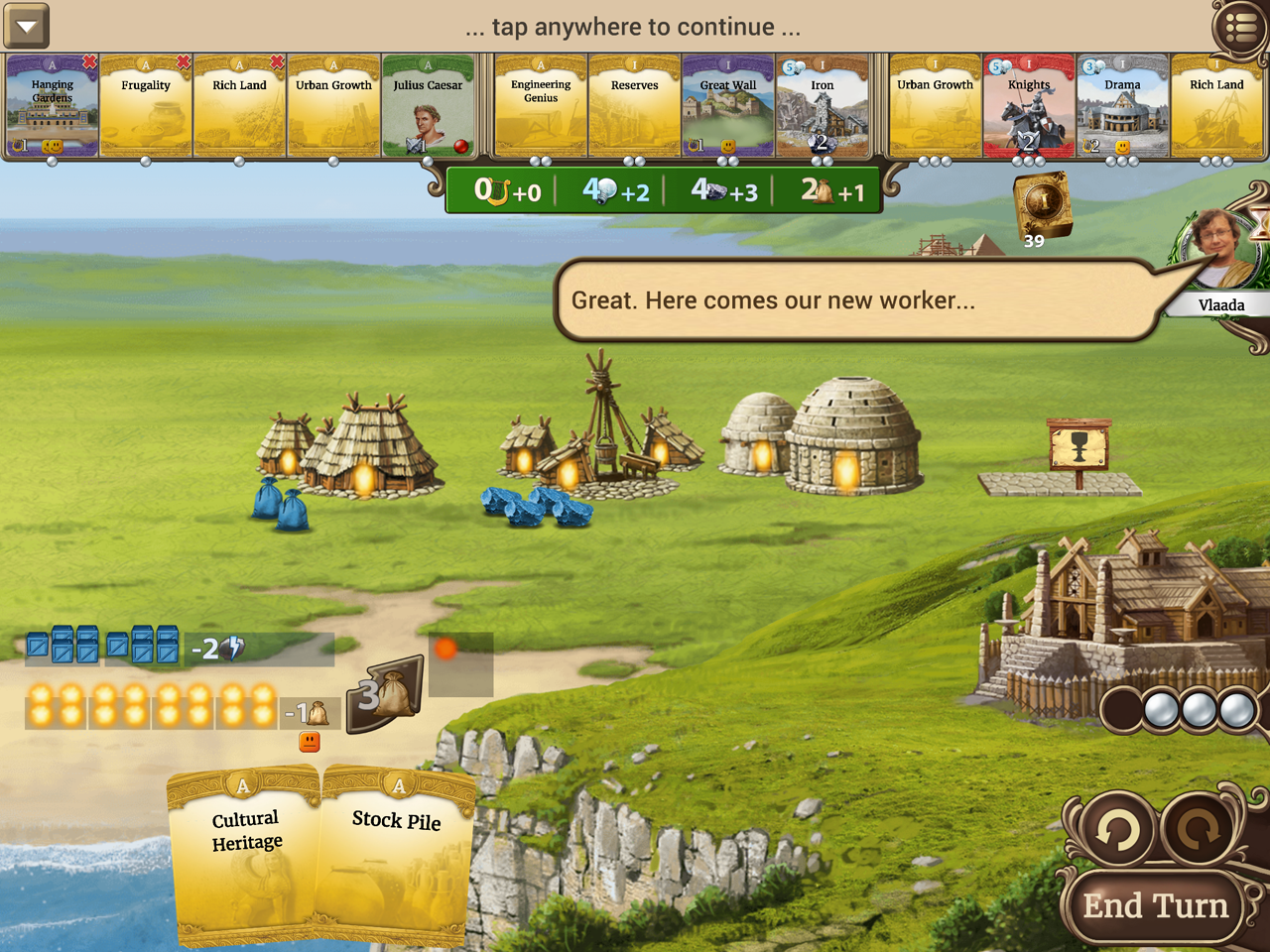 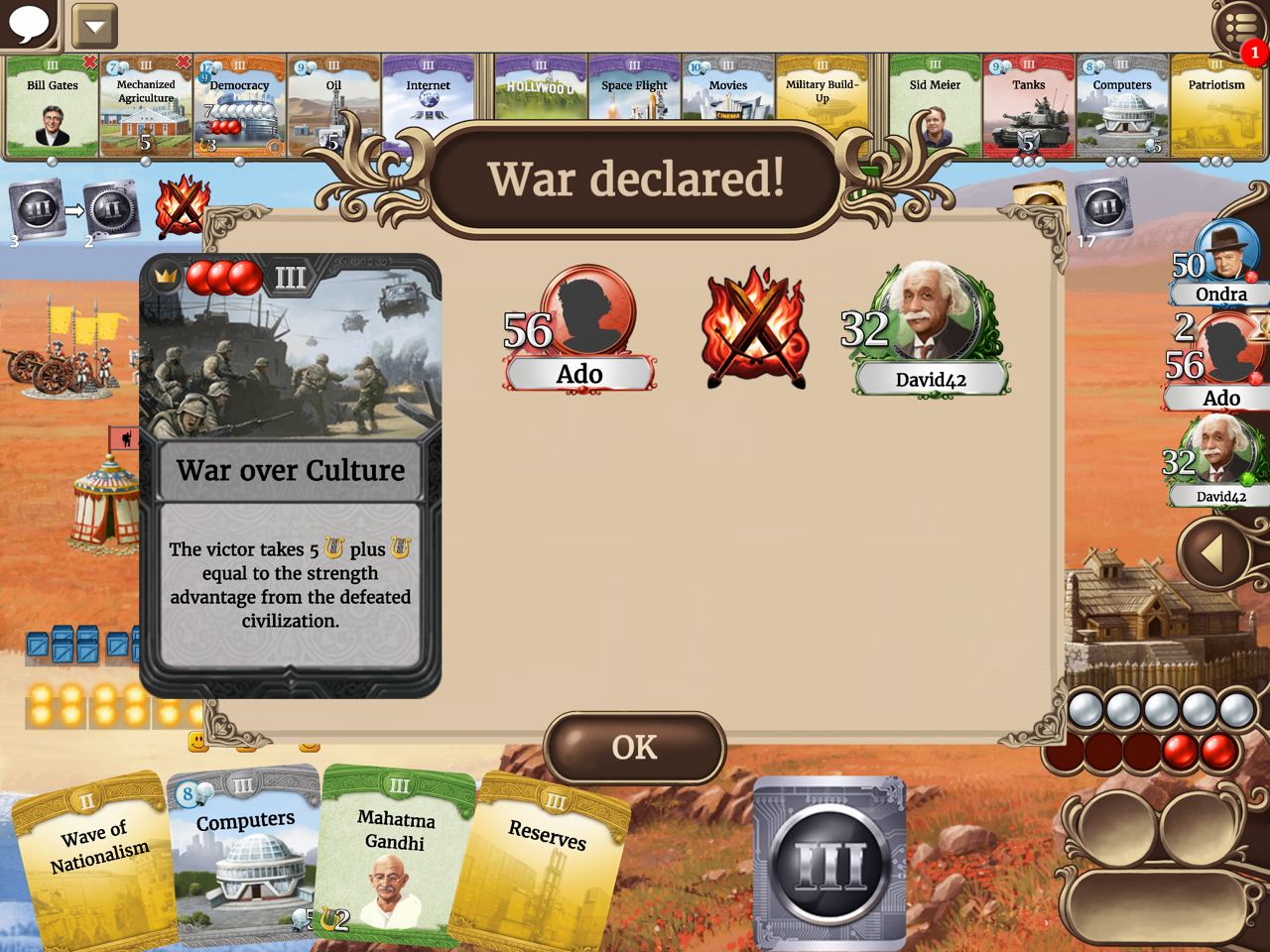 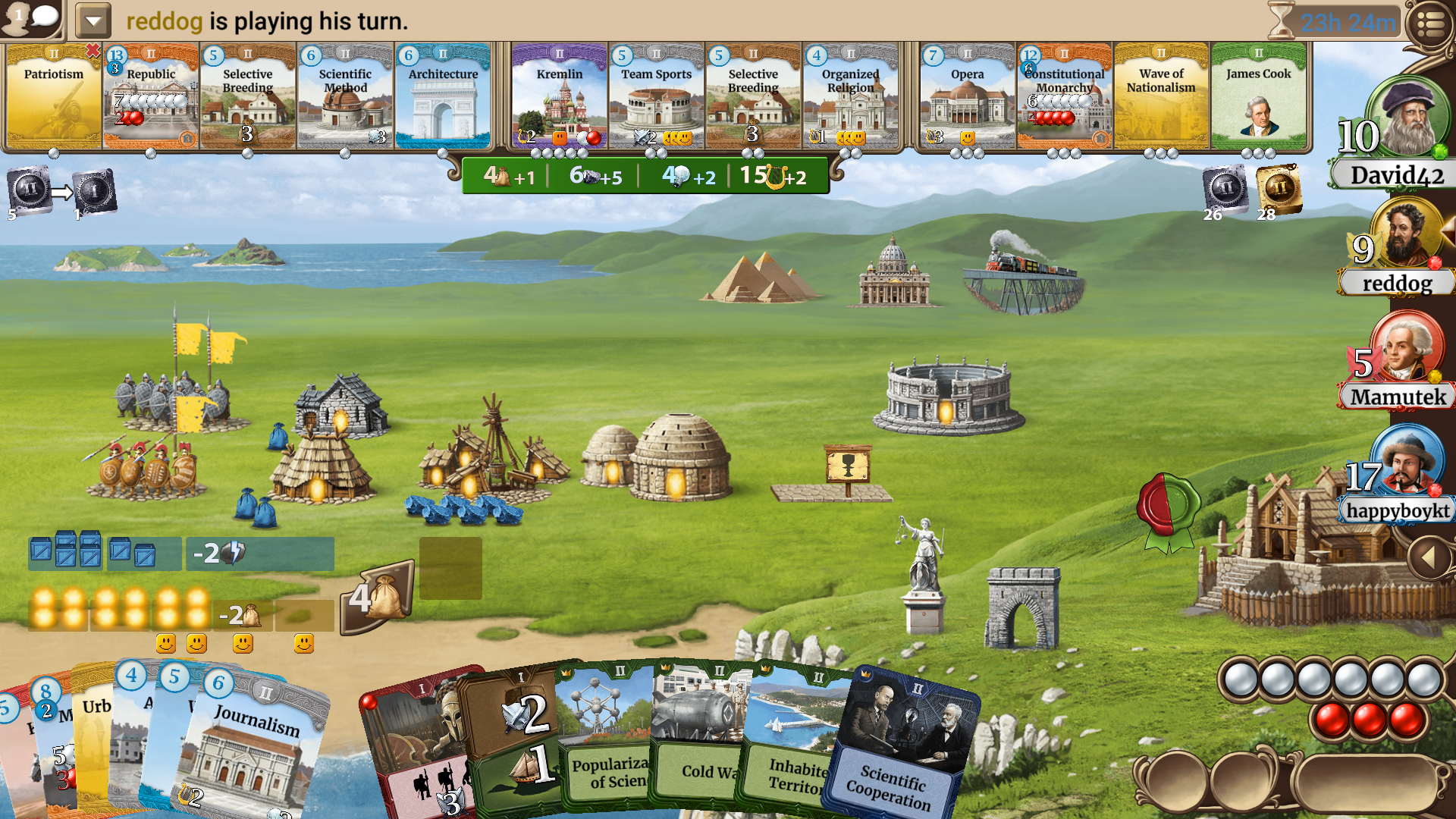 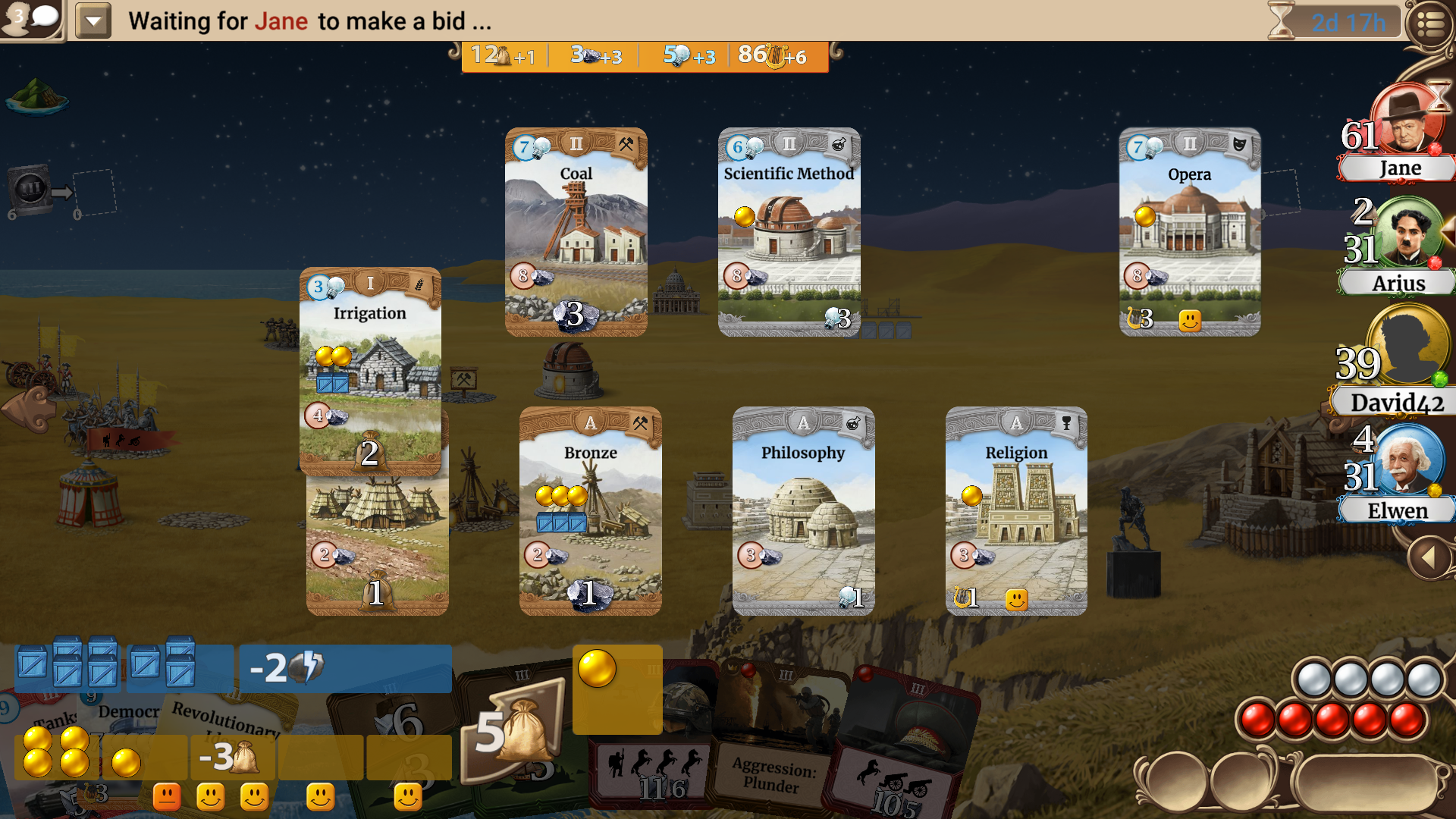 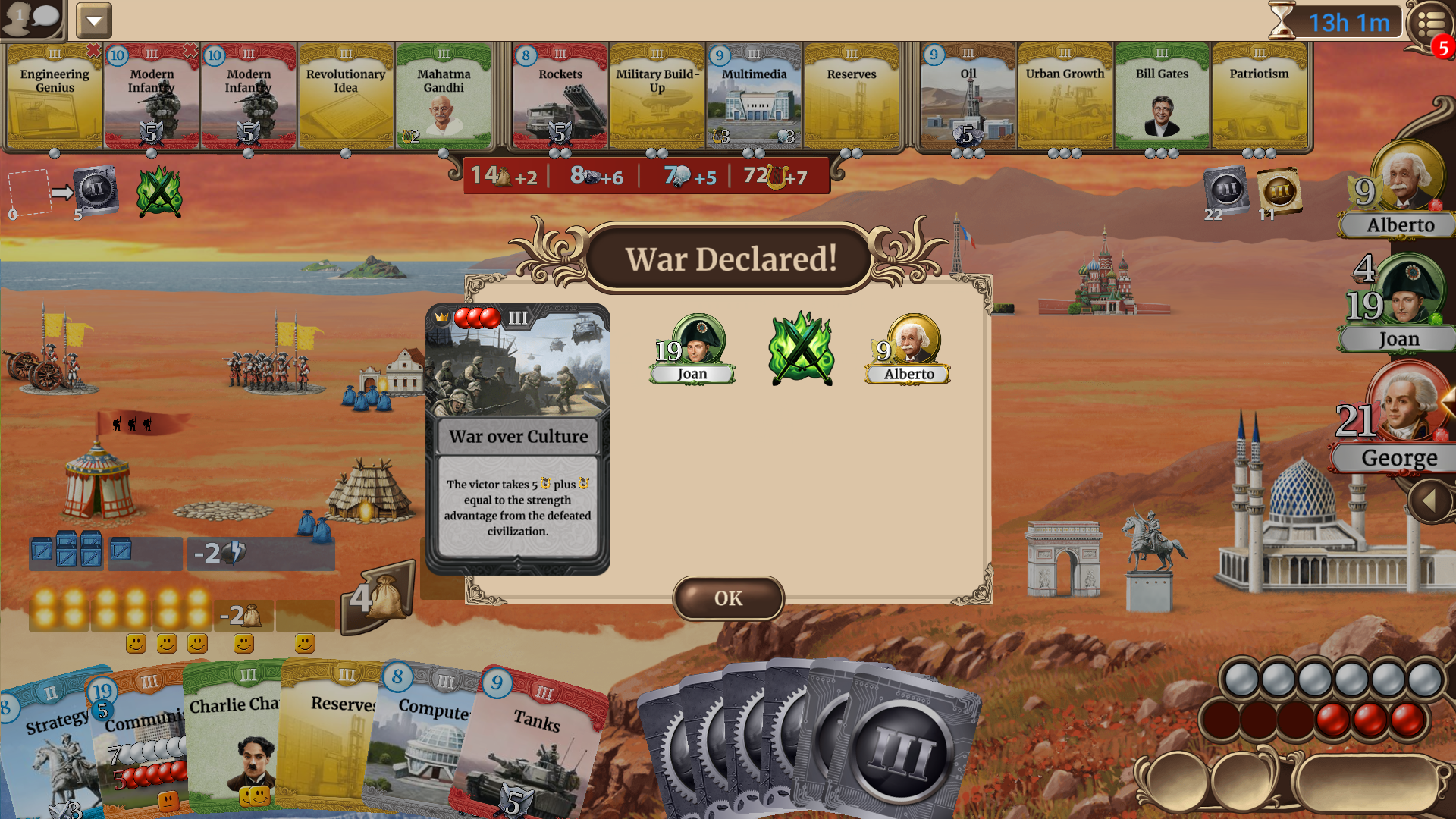 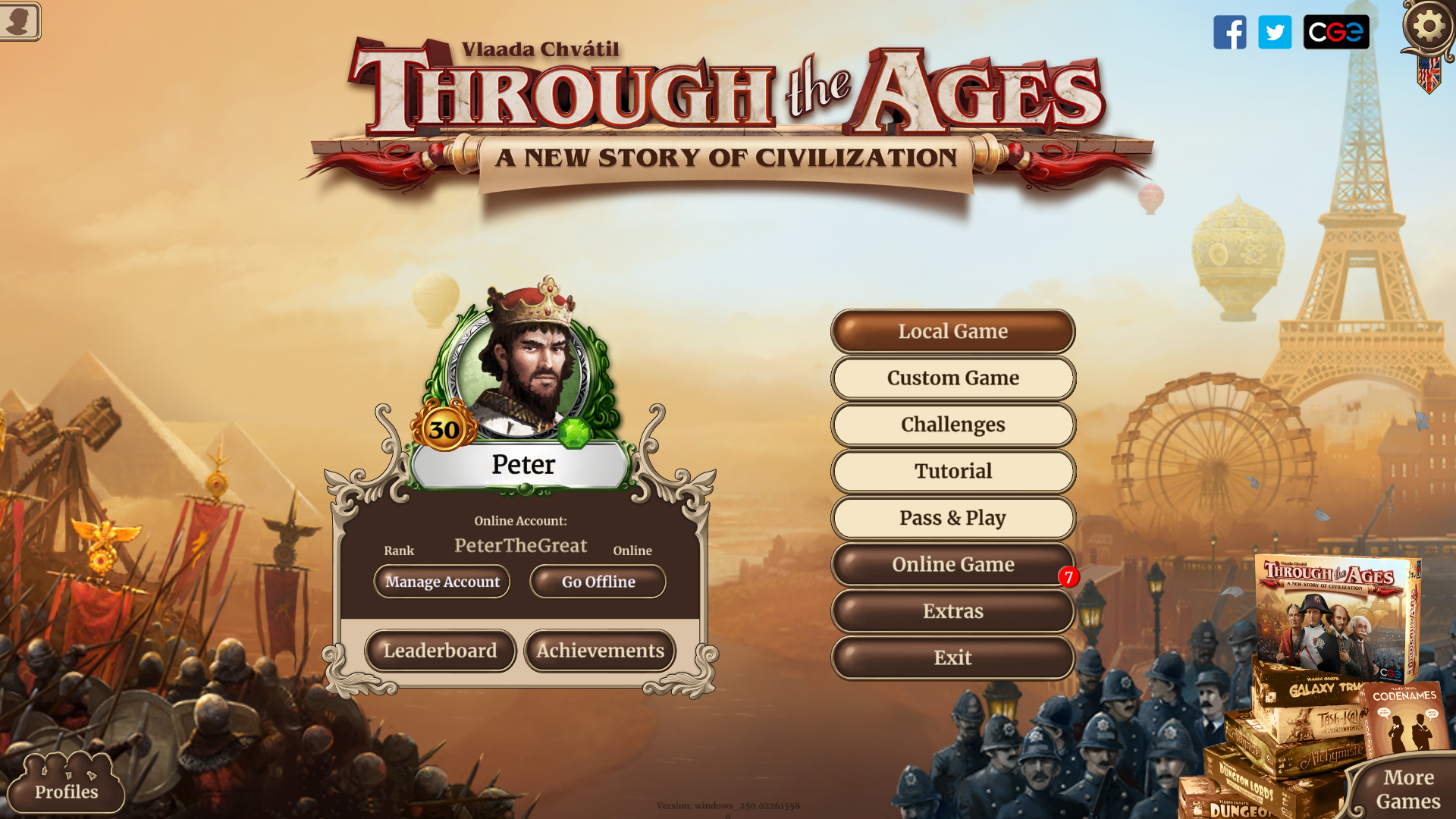 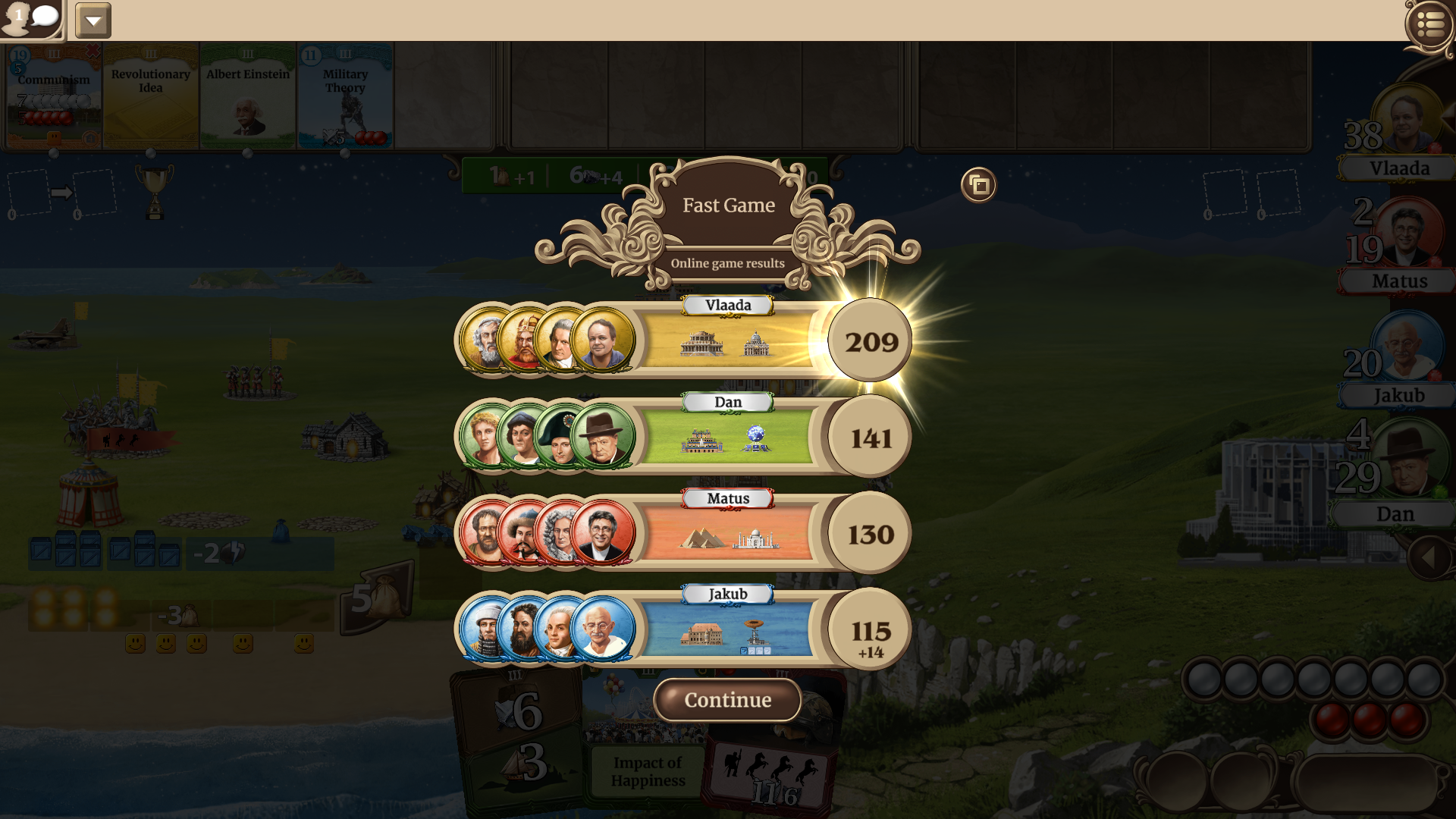